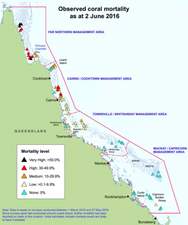 Marketers work hard to create an emotional link between consumers and the brands those marketers promote. But that kind of attachment is not easily won and must be nurtured over time. Experts say one way to create that emotional link is by aligning a brand’s identity with the consumer’s sense of self; that is, with a person’s understanding of who they are and what they want to be.

But which sense of self are we talking about? The actual one based on how consumers perceive themselves today – or the ideal one based on who they aspire to be? Answering that question has profound implications for brands, including green brands, in terms of how they should build brand attachment with consumers.

Lucia Malär, an assistant professor of marketing at the University of Bern’s Institute of Marketing and Management, and several of her colleagues recently published an article in the Journal of Marketing that explores the relationship between the consumer’s actual and ideal sense of self. While this academic study did not directly address green brands, there are important lessons green marketers can take away from it.

According to the paper, consumers generally form greater emotional attachments with brands that align to how consumers view themselves, rather than what consumers aspire to be. For green brands this is not a trivial consideration — especially when you consider that, for many consumers, the notion of being green is a goal they aspire to.

Malär et al. identify three attributes that have a significant impact on consumer attachment: the degree of product involvement, the level of consumer self-esteem and the propensity for public self-consciousness. Here are some thoughts on how these characteristics can help green marketers better engage consumers:

Product Involvement. The paper defines product involvement as a consumer’s engagement with a product, largely determined by how relevant consumers perceive that product to be in their lives.  Malär et al. observe that highly engaged consumers have a positive emotional attachment with brands that align to their actual sense of self, while less engaged consumers have positive attachment with brands that focus on consumers’ ideal sense of self.

At the same time, it’s not necessarily true that less eco-engaged consumers will respond positively to brands aligned to their ideal self. While consumers may be aspirationally green, they simply may not be familiar with the products that can help them achieve this aspiration.

Green marketers might first need to educate consumers about green brands before those brands can become relevant in their lives. One powerful tool is to communicate a goal-driven message around green products, while showcasing their actual use by people that consumers can readily identify with. That’s what Mitsubishi did when it created a demonstration program for electric car technology in the town of Normal, Ill.

Given the relative newness of green as a branding category, it may make sense for green marketers to interpret self-esteem as a consumer’s confidence in their ability to make greener choices that are right for them. When engaging green-confident consumers, brands might therefore want to emphasize evidence that confirms the consumer’s self view.  For example, green brands should praise consumers for taking eco-friendly actions.

In contrast, when engaging less confident consumers, a brand may want to shape the perception of what it means to be a greener product, and to actively facilitate their purchase. Such brands might want to show consumers what they could achieve with these products, and provide a roadmap for them to get to their goals.

Patagonia provides a great illustration of this through its Common Thread Initiative.   While most companies market only new products, Patagonia launched a “Buy Less” campaign — to shape consumer perceptions regarding responsible consumption: reduce, repair, reuse and recycle. The campaign reinforces its point by actively facilitating the buying and selling of lightly-worm merchandise from Patagonia through eBay.

Green marketers should take advantage of this factor by providing ways for consumers to receive public accolades for eco-friendly behavior. One way might be to embed gaming elements such as badges, points and leader boards into networked products.

Reward companies such as RecycleBank and Practically Green have already made gamification a core part of their offerings. Moreover, car companies such as Ford and Nissan have begun to incorporate similar concepts into the dashboards of their hybrid vehicles to reinforce eco-friendly driving behaviors.

Alternatively, brands can encourage the use of social media apps, like the one Opower recently launched, can enable consumers to share and compare energy savings.

One emerging example of how to cultivate rational brand attachment is the Obama Administration’s Green Button initiative.  This program will provide millions of consumers with access to their energy data. It might also spark the development of innovative ways to leverage that data, in an effort to motivate consumers to reduce their energy use.

Brand marketers face considerable challenges in establishing and nurturing brand attachment. Those attachments not only require an assessment of brand identity, but also exploring the mindset of the intended consumers — that is, how they actually perceive themselves today or ideally in the future. Green marketers can take advantage of this relationship by aligning their brands to the mindset that best promotes eco-friendly behaviors by consumers.