The value of global real estate is enormous, topping $217 trillion, of which 75 percent is residential homes and property. Given this scale, it is hard to overstate the importance of real estate to people’s personal fortunes. For many, it is their largest single investment.

Residential real estate markets are increasingly vulnerable to climate change. People are beginning to recognize this new reality — and markets are starting to reflect the change.

This shift present opportunities and risks for developers, lenders and investors that do business in this market. Understanding these dynamics will help them better navigate the challenges and capitalize on the opportunities. Here are three ways they can do so:

It also leaves coastal areas vulnerable to more gradual changes, too, such as rising sea levels that Zillow estimates threatens 1.9 million homes. These properties are concentrated in states such as Florida (934,000 homes), New Jersey (190,000) and New York (96,000), and in cities such as Boston (17 percent of homes), Honolulu (24 percent) and Miami (30 percent).  Despite the growing risk, municipalities have been slow to adapt. That may be about to change. 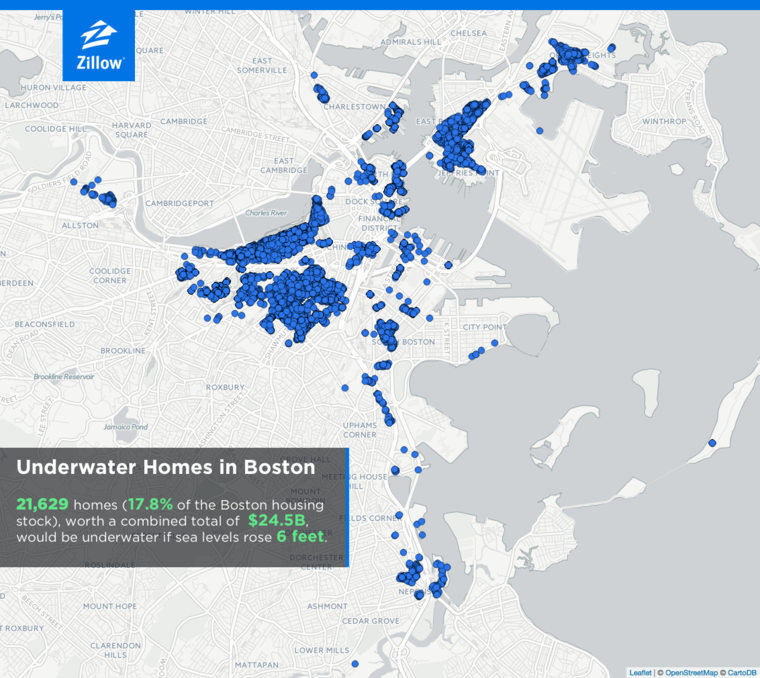 Recently, Moody’s announced a change in how it calculates credit scores for U.S. cities and states by including the potential for climate shocks in determining credit ratings. This will create new opportunities for business by forcing local and state governments to accelerate investments in projects to adapt to climate change in order to stave off a downgrade of their credit rating. Businesses should look to take advantage of this opportunity and help cities adapt.

2. Build to be resilient

Homebuyers are highly sensitive to sudden threats of personal harm and will change their buying behavior in order to avoid them. Extreme wildfires such as the ones in California last year are an example of this.

Not surprisingly, wildfires can upend local real estate markets. Not only are whole neighborhoods lost, but studies suggest that demand for surviving homes within the vicinity of the fires drop precipitously as people feel less safe living there. Most homeowners who lose their homes move away rather that rebuild. The lack of services, infrastructure and community discourages many would-be newcomers from buying even at a discount.

Despite the growing risk, municipalities have been slow to adapt. That may be about to change.

Rebuilding using resilient design can help accelerate recovery, however. A deadly 1991 wildfire in the hills above Oakland, California, one of the most destructive in the state’s history, provides clues as to how it can happen. In the aftermath of this fire, homes were rebuilt based on updated safety codes that required fire-retardant designs, materials and landscaping. Streets were widened to slow the spread of future fires (and facilitate egress during emergencies) and a new fire station was built nearby.

Arguably, these changes accelerated redevelopment by making homeowners feel more secure in buying or rebuilding homes, and created new opportunities for businesses to design and build them. Today, “it’s a highly sought-after neighborhood” with homes selling for a premium in the $1 million to $3 million range, said Daniel Stea of Stea Realty Group in nearby Berkeley.

Homebuyers always have had a love affair with coastal properties along the sea. Today, however, that is beginning to change. According to Attom Data Solutions, over the last five years, “home sales in flood-prone coastal areas grew about 25 percent less quickly than counties that do not typically flood.”

A major reason for this shift is that it is becoming more costly to live there. Flood insurance premiums are increasing to reflect actual risk, depressing home values by $10,000 for every $500 increase in insurance, according to Wayne Pathman, chairman of Miami’s sea-level rise committee. Property taxes are increasing as communities spend tax dollars to raise roads and enhance drainage. Today, homes exposed to sea level rise sell at a 7 percent discount to equivalent homes that are not exposed.

Residents are also growing tired of the daily inconveniences caused by king tides that leave flooded streets on clear days and make car insurance more expensive and harder to obtain. Others are weary of dealing with construction crews near their properties that are reinforcing shorelines against rising seas.

In response, some coastal residents are starting to trade in their homes for ones on higher ground. Some even speculate that less-affluent Miami neighborhoods on a coastal ridge (15 feet above sea level) are gentrifying because of this migration. 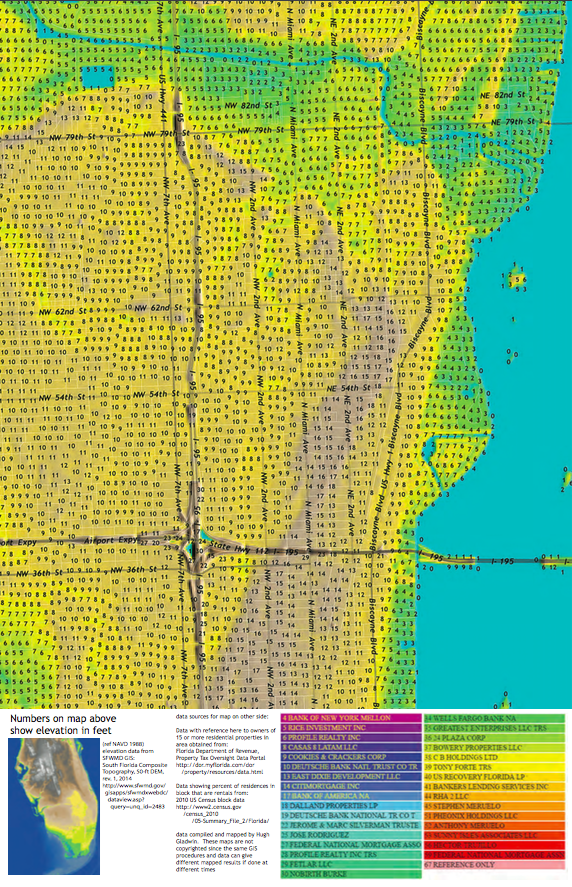 Miami isn’t the only city where people are moving to higher ground. Hollywood celebrities on the West Coast are moving to the hills above Malibu Beach. In the process, they are upending a longstanding notion of what makes a desirable place to live: “The whole ‘being on the beach’ thing has started to fade away,” Anthony Paradise, a real estate agent at Sotheby’s, told the Hollywood Reporter.

Developers should stay ahead of this migration by developing properties in surrounding areas that are more protected from rising seas. Such developments will be more resilient to the impact of climate change, and are likely to appreciate in value as demand grows for accommodations on higher ground.